Elizabeth Warren a.k.a. Pocahontas has proven herself quite the dingbat this election. We won’t delve into all her moronic statements, but one recent comment must be brought to greater light.

President-Elect Donald Trump has stated he will Drain the Swamp once in office, meaning he’s going to clean up Washington, D.C. politics by kicking out the scum bags and shutting down corrupt practices and policies.

The man isn’t even president yet. We’re roughly 10 days past his winning the general election and yet Warren has called him a fraud for not yet draining the swamp. WTF?

She was upset he had lobbyists on his transition team, of course, not bothering to read that Trump planned to fire them once no longer needed and he did.

Based centipede nailed her: BTFO. 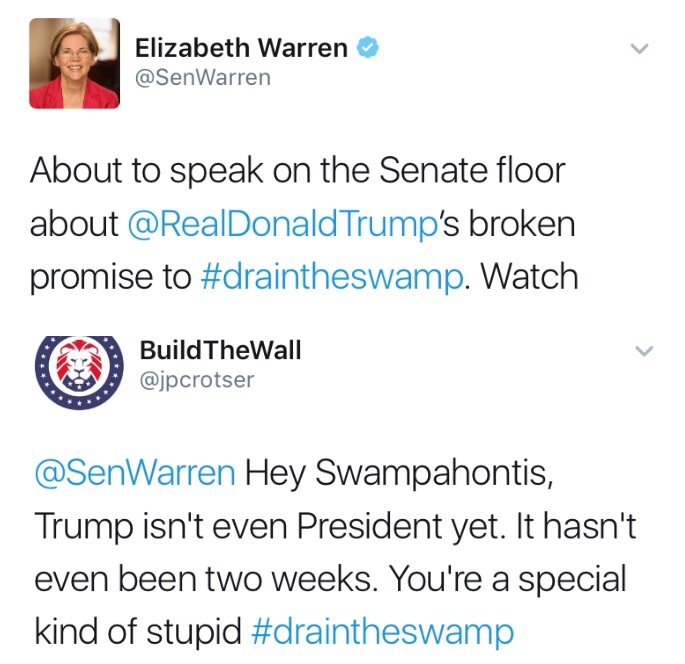 Pocahontas, you are today’s moron and hopefully you are drained from the swamp.

This is the most recent story.