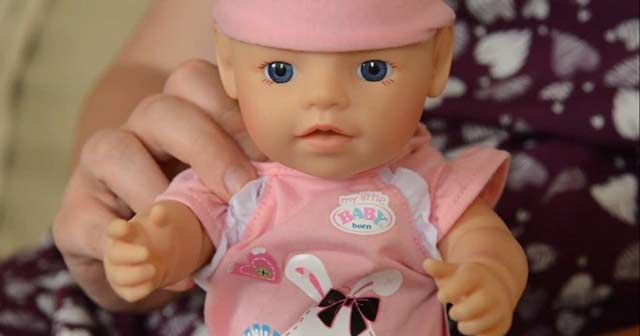 Anthony Burridge and Sarah Williams bought their 2-year-old daugther, Emily, a “My Little Baby Born Nappy Time” doll from Toys ‘R’ Us as a birthday present.

The doll was suppossed to drink and then pee her pants, move her legs a bit and then cry.

But this doll had different plans… after it was removed fromt the packaging, it said, “f**k, f**k, f**k it.”

The couple immediately took the doll away, but it was too late.

Later, when Burridge asked Emily if she wanted a drink, she replied, “F**k it.”

They couple estimates that Emily is repeating the words every few minutes and they plan to seek professional help to get her to stop.

Here is the video. Due to the F-word it’s NSFW.

Couple Caught Having Sex in Middle of Music Festival