Rupert the Alligator, who weighed a whopping 1700 lbs, was the oldest known animal on planet earth at nearly 500 years old. Last week, he accidently escaped from a sanctuary who houses old or ailing animals and, unfortunately, Rupert decided to take refuge under a children’s trampoline in the backyard of well-known alligator hunter, Bill Thoms. 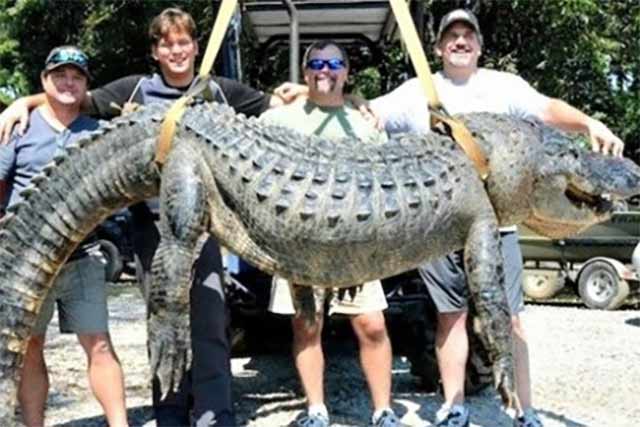 When Thoms saw the gator he called his brother and two nephews who arrived minutes later. Together the family dragged Rupert from underneath the trampoline and Thoms drove a giant knife into the crown of the alligator’s head causing instantaneous death.

Legally, Thoms should have called Animal Control, but wildlife agents say Thoms will not be charged as they feel he acted in self-defense. Thoms was also allowed to keep the dead alligator.

“I can’t believe I get to be the guy who killed the oldest animal on earth. People are so happy for me. I’m a celebrity! Whooo!” Thoms said, his words rousing cheers from surrounding friends.

Thoms plans to have the alligator stuffed and will encase it in weather-protective glass in his backyard and charge a fee for people to see the legendary Rupert.