An audience member quietly made his way to the stage during a staging of the hit Broadway play “Hand to God.” As the play was going, he plugged his phone into a dummy electrical outlet on the set and stood watching the play as his phone presumably charged. 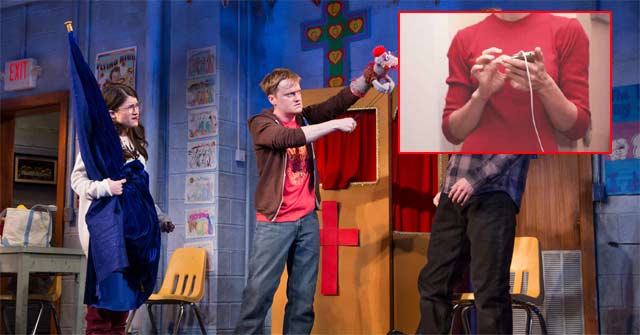 The theater-goer seemed to truly not understand the inappropriateness of his actions, telling a theater staffer, “Well, where can I charge it then? You ought to have a charging station for patrons.”

Mark Kudisch, who portrays ‘Pastor Greg’ in the show, took to Twitter on July 3rd to share: “Dear general audience, an electrical socket that’s a part of the set of the play is NOT for you to charge your iPhone…..just an FYI…..”

Device sucks food from stomach so people can keep eating