“It was just a prank,” Couple arrested after setting homeless man on fire

On July 11, police said a homeless man was sleeping alongside a road when a couple drove by in an SUV and threw fireworks on him, setting him on fire. 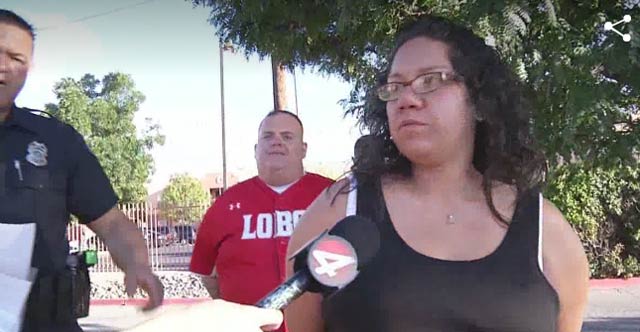 The couple told KOB News they were simply trying to startle the sleeping homeless man and claimed they didn’t know he had been burned until after their arrest.

“It was just a prank, it was just trying to scare him, that was it,” said Benavidez.”I wish people could just see it that way. Everybody is so serious in this day and age. It’s like nobody knows how to laugh anymore.”

The couple has been charged with child absuse after police learned their children were in the car during the time of the attack. One of the children said his he had seen his parents throw fireworks on the sleeping man.

The couple thinks they should be able to get off with an apology.

“I don’t know why we can’t just say sorry to the burned man and let that be it,” Enriquez said. “Having to maybe go to jail seems like overkill for something that was just meant to be a prank.”

The victim is still in the intensive care unit at a New Mexico hospital.

“It was just a prank,” Couple arrested after setting homeless man on fire