According to police, Reliford Cooper III, 26, was arrested in Manatee County after a deputy saw him speeding. The deputy attempted to pull Cooper over, but he took off, swerving into oncoming traffic, driving into two ditches. The car eventually stopped when he ran into a house. 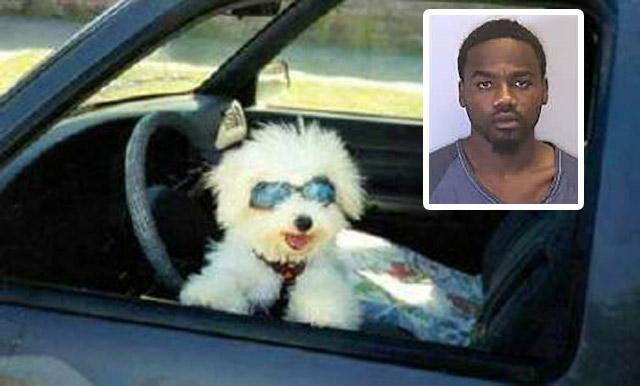 Cooper then fled to a church where a pastor found him on his hands and knees in the bathroom praying for God to not let the police catch him. The pastor dialed 911.

Typical Florida Man stuff, right? It gets more atypical as the story unfolds. Well, maybe not. This is almost normal for Florida.

In cuffs, Cooper, smelling of alcohol and marijuana, berated the arresting officers for “driving slow as F**K!”

“He said if we were going to catch people trying to get away, we better learn how to drive faster,” an officer said. “He was basically trying to insult our driving skills.”

“My dog was driving that car,” Cooper reportedly said. “I ran because I wanted to. I’ve been trying to get in better shape and one of the best ways is running. You ain’t gonna find no drugs or guns on me.”

It was unclear if Cooper even had a dog as one was not found.

Cooper then complained his back hurt, so he was taken to the hospital. After an ER doctor could find nothing seriously wrong, Cooper was booked into the Manatee County Jail.

He has been charged with driving while intoxicated, fleeing the scene of an accident and causing property damage.

More Florida Man: FLORIDA MAN, 91, ACCUSED OF SHOOTING AT LANDSCAPERS FOR GETTING GRASS ON HIS CAR