Several great Florida Man misadventures this week. We started with the 91-year-old man who shot at landscapers for getting grass on his car. 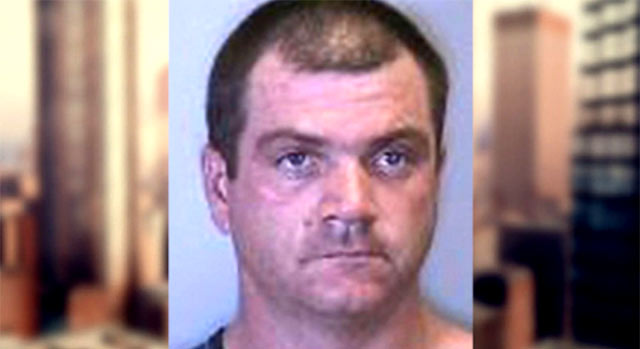 Now we have this one.

Jason Tackett, 38, tried suffocating his live-in girlfriend after he caught her reading her ex-boyfriend’s obituary.

The couple, who have only been dating a few months, were sitting on their bed watching TV when Tackett saw his girlfriend reading something on her phone. He snatched the phone away and saw her former-boyfriend’s obituary.

Tackett fell into an instant rage throwing the mattress off their bed and then began smashing things in their house, according the arrest report.

“He smashed my cat figurine collection, my Ipad,” according to the victim’s police statement “He then cut up my panties with scissors and wrote whore on our living room wall with black marker.”

Tackett then leaped on the 43-year-old victim, held her down on the ground with his hand over her mouth while pinching her nostrils shut.

He got up after the woman said she couldn’t breathe and that he was smothering her.

She ran outside naked screaming for neighbors to call 911, but then went back into the house to get her phone back.

“I’m going to try to forgive her for cheating on me,” Tackett said in the police report. “But she better not look at that obituary one more time.”

The woman sustained a small cut on her left pinky finger, police said.

Tackett was charged with domestic battery by strangulation. He was released from the Manatee County jail Saturday on $10,000 bond.

Woman Thanks Bear For Not Eating Kayak, Bear Then Eats Kayak