WNDU TV reports that LaPorte, Indiana police arrived at JJ’s Sideout Bar & Grill early Sunday morning after a man refused to leave the premises after not being able to produce identification. Police found Richard Mullins, 41, barefoot and holding his sandals on the sidewalk. 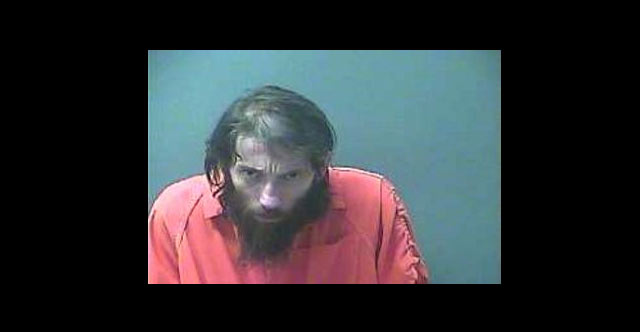 Minutes before, bar staff had escorted Mullins outside where he began to dance around the parking lot singing Katy’s Perry’s “I Kissed A Girl.” He then skipped to the edge of the parking lot, picked up a toad and began licking it, according to witnesses.

Police spoke to Mullins on the public sidewalk while he danced in place. He was warned not to return onto JJ’s property or he would be arrested.

Police left, but kept the bar under surveillance. After a few minutes, they observed Mullins walk back into the parking lot carrying and licking another toad.

He was taken into custody for Trespass, Class A misdemeanor.

When Mullins was asked why he was licking toads, he responded, “that’s my personal business.”

How To Get a Drunken Moron To Leave Your Yard (video)