Jamal Jafreese is becoming a more frequent sighting in Fresno, California. He walks the streets with a ‘jive swagger,’ speaks in Ebonics and tries to make friends with black people. 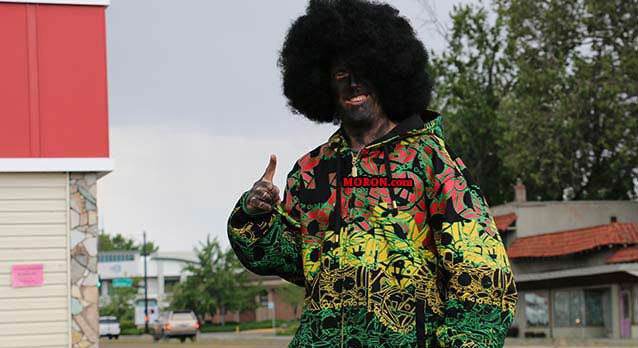 Jafreese recently tried to join a local chapter of The Bloods street gang, according to underground zine, The Street.

“This pretend nigga come up to me,” a member of The Bloods recalled. “Said he wanted to be initiated into our gang. Said he’d murder some ‘white bitches’ to prove his cred. I told him no. He then said ‘slap me some skin, Jigaboo’ wanting me slap his hand. I almost scheduled this bitch for a beat down. He need a check up from the neck up before he gets killed.” 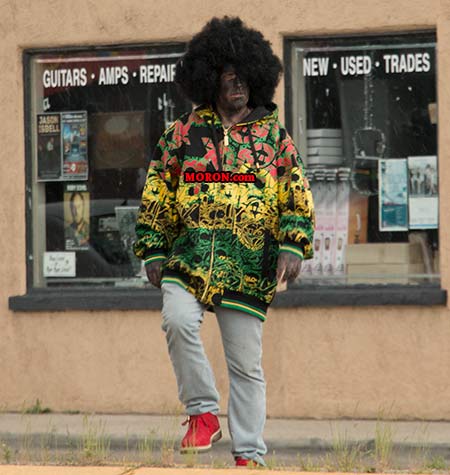 The Street interviewed Jafreese. Here is an excerpt:

The Street: Are you wearing shoe polish or clown makeup to make your skin appear black?

Jafreese: This is the natural color of my skin. I was born black.

The Street: A lot of people in Fresno think you’re mocking black people. That you’re a racist.

Jafreese: How can I be racist if I’m black?

The Street: How many times have you been beaten up?

Jafreese: I do the ass kicking in Fresno Town. I’m one of the most feared niggas on the streets.

The Street: Both your parents black?

Jafreese: A’course. My pops left when I was zero years old. My mommy done raise me herself. We had it hard, but we get by, we get by.

A McDonald’s cashier told The Street that Jamal comes into the fast-food restaurant frequently.

“He’s an idiot,” the cashier said. “Straight up. He’s always trying to pick up on us black girls. He told me last week he wanted me to pull down my pants and ‘make my ass clap.’ I tell him to beat it. He normally gets a Happy Meal and leaves.” 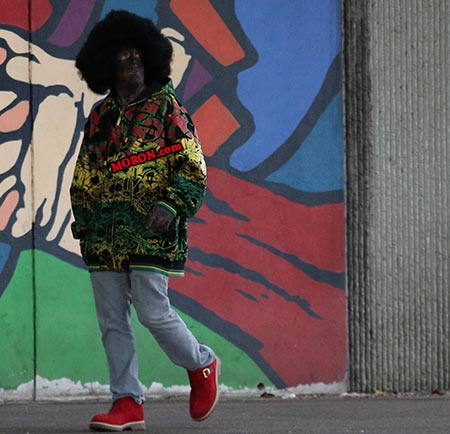 An African American homeless man said he spends some time with Jamal in various Fresno parks.

“He’s a pretty good guy when he’s not drinking 40s of malt liquor,” the man said. “When he drinks he get cra cra. Threatens to pop a cap in people’s asses. But sober, he’s as sweet as a lemon meringue pie. He likes to give hugs. He even gives me back massages. He’s just a lot confused.”