A group of hikers found an unusual discovery yesterday just outside Las Vegas: a man buried to his head in the desert.

“We heard a strange howling. We walked to the sound, came over a small crest of a hill and saw this guy buried to his head,” rescuer Todd Nelson said. “He was meowing like a cat. He was pretty delirious.”

The hikers quickly dug him out and unbound his hands, gave him water and a Cliff energy bar. 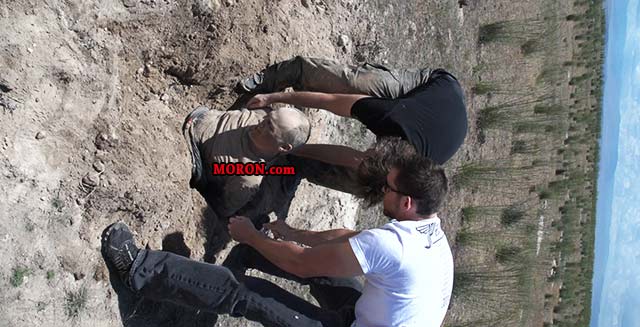 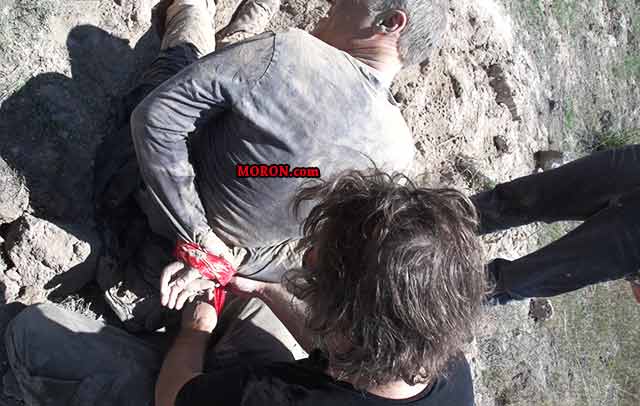 “He said his name was Todd, which I thought was pretty cool since my name is Todd. You don’t meet many Todds” Nelson said. “But it was really strange how he came to be buried out here.”

Apparently, Todd Williams had himself buried as a dare. He bet his brother ten million dollars he could spend a month buried to his head in the Nevada desert without food or water.

Williams said he had been buried for three or four days and had to deal with an animal he thought for sure was going to eat him.

“Coyote circled me a few times. Then came up and I thought, oh s**t, this thing is going to eat my face off,” Williams said. “But the coyote just licked my face a few times. I successfully shooed it. But it got saliva in my eye, which burned.” 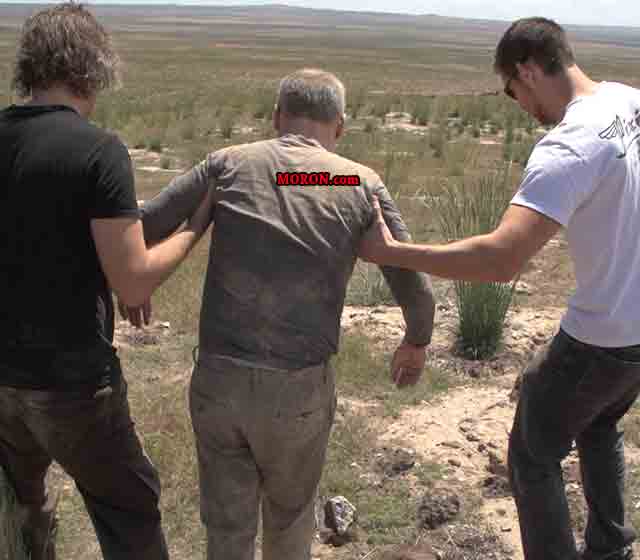 The weight of the earth from being buried cracked several of Williams’ ribs and he suffered severe dehydration and sunstroke, but is expected to make a full recovery.