Sheryl Anderson, 44, said she wants the State of California to send her Ken Doll to prison for domestic violence. She has owned the Ken doll for two years and claims the male Barbie doll has a severe drug and alcohol problem and frequently “scratches her” when angry. 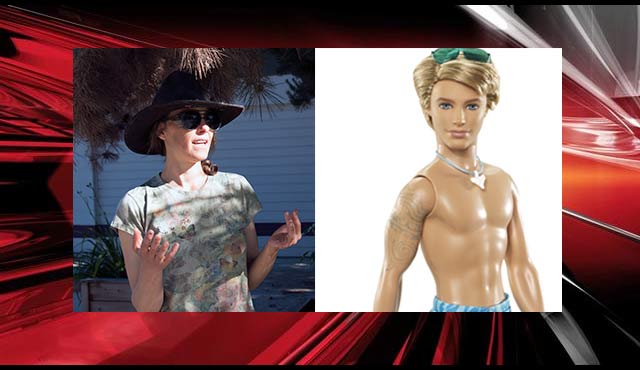 “Ken gets absolutely loaded on Bud Light and marijuana and just attacks me,” Anderson told Access Sacramento TV. “He scratches my arms mostly, but sometimes he leaves scratches all over my body. He calls me the B-word all the time too. In fact, he said that’s my new nickname: B-word.” 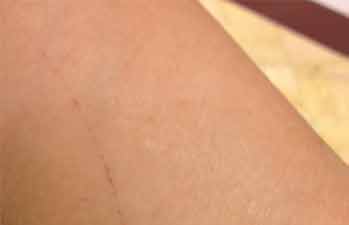 Above: An alleged scratch from the Ken Doll

Apparently, Anderson has reported Ken’s abuse to the Sacramento police on numerous occasions.

“The police no longer respond to my calls,” Anderson said. “In the past, when they’ve come to my house, but they wouldn’t even arrest Ken for scratching me. They just tell me I need to calm down. Well, I don’t need to calm down!”

Anderson has written the governor of California asking that Ken be sent to prison.

“I don’t want him to get life in prison or the death penalty,” Anderson said in the interview. “But I think two or three years behind bars would scare him enough to clean up his act and once again start being the loving boyfriend I used to know.”

One of Anderson’s status updates from April:

Let’s hope she gets justice!!