We all come across ignorance and stupidity daily, but sometimes we find idiocy so baffling that it’s hard to wrap our minds around. That is the case here.

A group of friends, I assume, had a little conversation about not giving money to African charities because the African children are fat and doing just fine — better than Americans, in fact.

A girl started the “conversation” with a shocking photo she found. 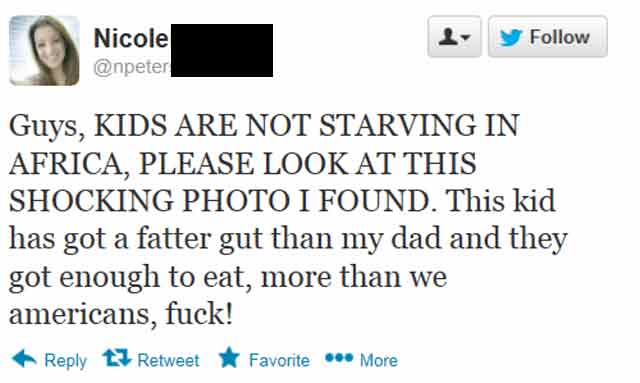 Here is the photo of the “fat” African child. 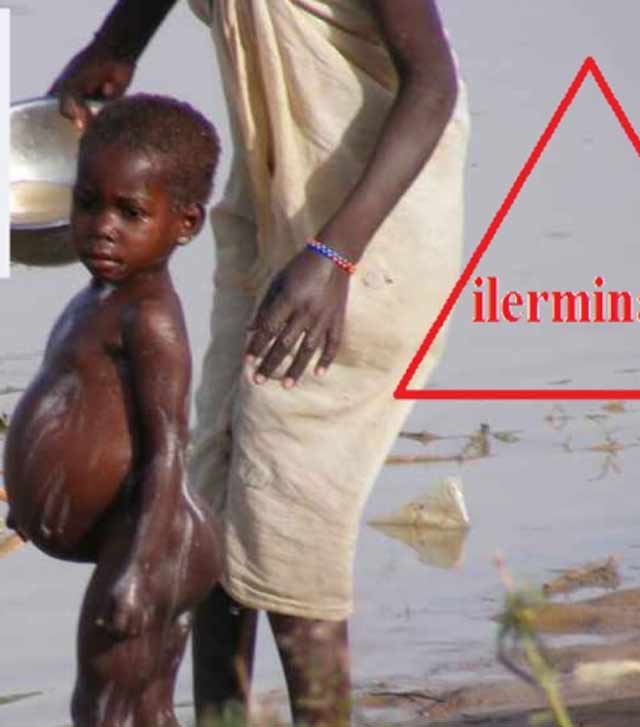 Obviously, the child isn’t suffering from obesity, the enlarged belly is a symptom of starvation.

Kwashiorkor is a form of severe protein energy malnutrition characterized by edema, irritability, anorexia, ulcerating dermatoses, and an enlarged liver with fatty infiltrates. Sufficient calorie intake, but with insufficient protein consumption, distinguishes it from marasmus. Kwashiorkor cases occur in areas of famine or poor food supply. Cases in the developed world are rare.

Leah jumps into the conversation next with her theory. 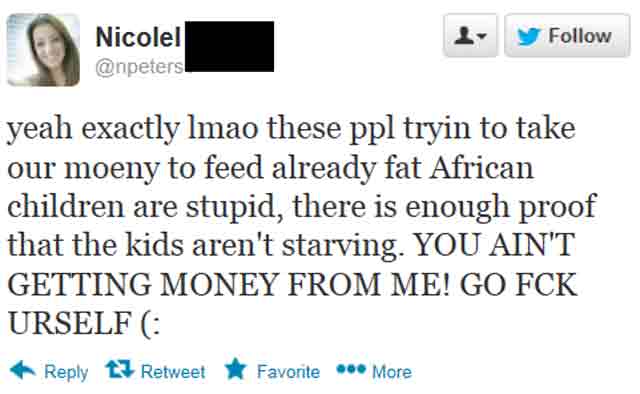 At this point, you hope somebody will step in and put a stop to this. C’mon, Emily, set them straight.

I admit, when I first encountered photos of African kids living in squalor with flies swarming them and distended bellies, I didn’t know exactly what was going on. But I didn’t think “those kids need diet and exercise, not money.” I knew it was a symptom of disease. I would think 100% of people would arrive quickly at that conclusion, but apparently that’s not the case.

Lesbian using her own father as sperm donor