A Chinese company, Guangzhou Hongyi Toy Manufacturing, has released a 5′ 9in “Sexy Inflatable Girl Pony” that looks like Rainbow Dash, the popular My Little Pony character, but with enhanced features (see photos). 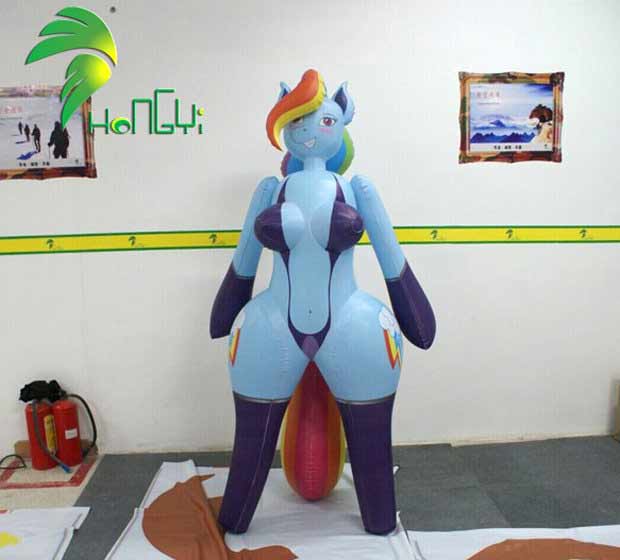 You can buy a horse doll for $599, unless, of course, you want to buy in bulk, then you’re looking as low as $99 per inflatable doll.

“If you order in bulk, the factory is prepared to churn out as many as 3500 ponies a month –no lies! — if you need us to,” a spokesman from the company said. 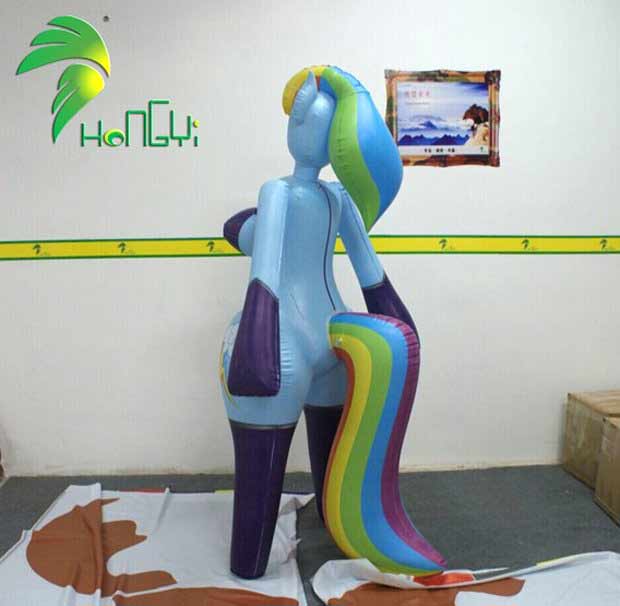 The company is trying to target the Brony market. What’s a Brony?

A name typically given to the male viewers/fans (whether they are straight, gay, bisexual, etc.) of the My Little Pony show or franchise. They typically do not give in to the hype that males aren’t allowed to enjoy things that may be intended for females. (source: urban dictionary). 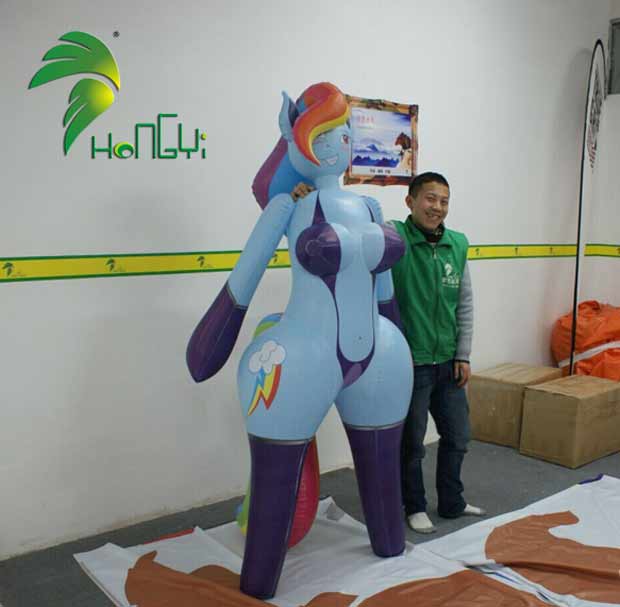 Brony comments from social media about the doll:

“This is why I’m slowly regretting becoming a Brony, this community is just delving deeper and deeper into the disgusting.”

“I want to fill one with helium, so after I’m finished humping it I can suck out the helium and make my voice sounds funny.”

“I don’t like the way it looks, I could design something better than that.”

“How many holes she got?”

“After I have my fun with it, it could be a pool toy for the kids.”

Hasbro, the company that owns My Little Pony had nothing to do with the “Sexy Inflatable Girl Pony.” They have not released a statement regarding the product and probably won’t.

Florida Man checks if gun is loaded by putting it to head, pulling trigger