Lacy Peterson was arrested on suspicion of driving while intoxicated, child endangerment and property damage earlier this week. 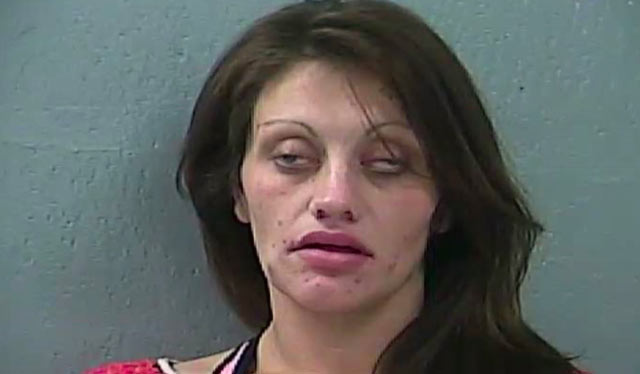 Green County deputies found Peterson slumped over her steering wheel at South Campbell Avenue at Plainview Road with her seven-month-old sitting unbuckled in the car seat.

A witness told police that the driver made several traffic violations before pulling over and falling asleep.

“I was driving behind her,” the witness said. “And seen her mow over a mailbox with her car, several garage cans, I mean garbage cans, and then she slammed her bakes (sic) and decided to take a nap.”

Officer: “Ma’am, have you had anything to drink tonight?”

Peterson: “I had some water.”

Officer: “Let me restate, have you had any alcoholic beverages tonight?”

Peterson: “Alcohol? I’ve never even heard the word alcohol before. What is it?”

Officer: “Okay, ma’am. Please step out of the car.”

Peterson: “I’m try (sic) to sleep. Can you call me tomorrow? I’d be happy to talk to you then. I’ll give you my phone number. You can text if that’s easier.”

At this point the officer forcibly removed Peterson from the car and arrested her.

Peterson’s baby was taken into custody and then released to the grandmother.