AVON PARK, Fla. — A 91-year-old man, Max Horton, has been charged with attempted murder after threatening to kill and shooting at a landscaper who apparently got lawn clippings on his his white 1987 Cadillac, according to Highlands County Sheriff’s Office arrest report. 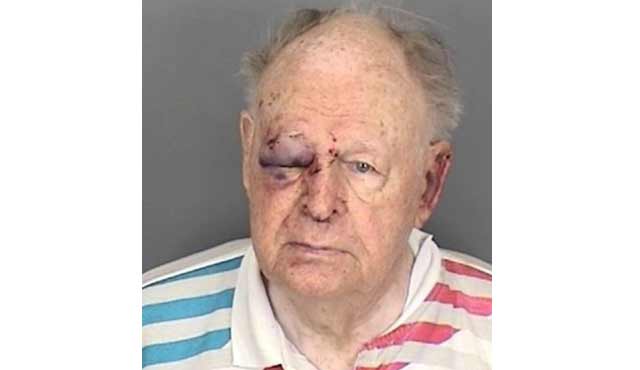 Horton yelled at the landscaper, “That’s a Cadillac, son. That the finest car ever manufactured and you got grass clippings on it and now you’re going to have to die.”

Horton pulled out a handgun and ordered Hendrix (one of the landscapers) to get on his knees and put the gun in his mouth.

Another landscaper, identified by deputies as Johnny Barnes, moved to intervene, Hendrix ran and Horton allegedly fired a round at Hendrix before turning the pistol on Barnes.

At some point, Hendrix was able to disarm Horton and he and Barnes subdued him until deputies arrived.

“Anybody that messes with my Cadillac gonna find themselves in the grave,” Horton allegedly told police. “These punks got lucky today.”

“Those grass clippings might end up causing paint damage. I will sue for damages to my luxury automobile once I get out. Or I will hunt them down and finish the job I started today.”

Horton’s being held without bond on an attempted first-degree murder charge at the Highlands County Jail.