Derek Mishov married himself last night in a Florida bowling alley with his daughter, parents and a small group of supportive friends attending the ceremony performed by his uncle. While the marriage won’t be recognized by the State of Florida, Mishov plans to challenge current marriage laws until it is. 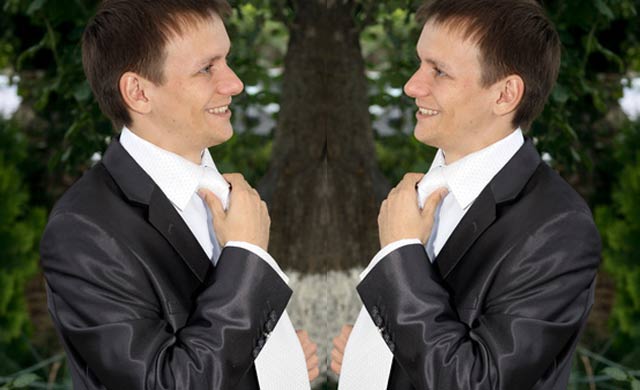 But why would a 37-year-old man want to marry himself?

“I had a wife, but she got fat and I can’t stand fat chicks,” Mishov said. “All chicks annoy me. High maintenance. All bitches. They cost a lot of money I’d rather spend on myself. They’re on the rag half the month bleeding all over shit. Plus, I’ve found I like to pleasure myself more than stick my doinker in some woman’s stank hole.

“But mostly I’m getting married because I love myself. I love my body. I love my face. I love my high intelligence. Marriage is what you do when you’re in love.”

“Heteros and homos are allowed to marry,” Derek’s father, Richard Mishov, said. “Why can’t people marry themselves? Derek’s in love with himself and is making a serious commitment to himself. That’s a beautiful thing and people need to respect it.”