Florida Man Turns Himself In For Murdering Imaginary Friend 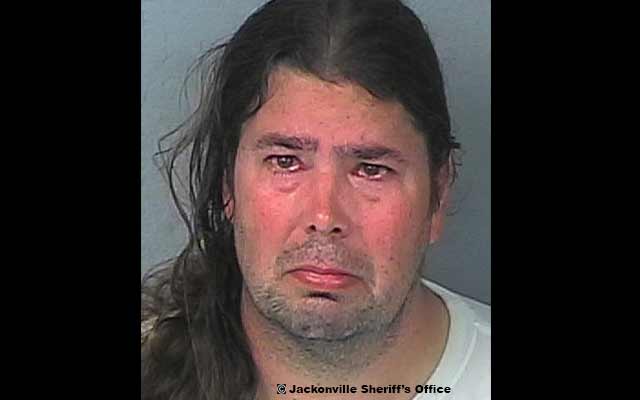 JACKSONVILLE, Florida – Geoff Gaylord, 37, entered the Jacksonville Sheriff’s Office earlier today and turned himself in for killing his imaginary friend — Mr. Happy. Gaylord told officers he had stabbed Mr. Happy repeatedly with a kitchen knife, cut up the body with a hatchet and buried the victim in his backyard.

A remorseful Gaylord told officers he wanted the death penalty for his crime — preferably, “right now.”

Gaylord said he killed his imaginary friend of seven years for multiple reasons – one, for being messy.

“His room was a mess all the time with his toys and dolls,” Gaylord told police. “He left his empty vodka bottles all over the kitchen… never picked up his empty cocaine baggies and left the toilet seat down when he peed. He messed up my apartment to the point where I just couldn’t get it clean. Before Hap started doing drugs and acting weird he was my BFF (best friend forever). We’d go dancing, play on the children’s park equipment, both huge fans of doom metal – listened to it for hours with the lights turned off.”

Gaylord said he and Mr. Happy had grown very unhappy in their relationship and hadn’t had a “real conversation” in at least a year. The breaking point came when Mr. Happy allegedly crashed Mr. Gaylord’s Nissan ALTIMA after the friends had been out celebrating Mr. Happy’s birthday at Hooters, which resulted in Mr. Gaylord being arrested instead of Mr. Happy.

“That drunk driving incident I got unfairly blamed for and just how messy he had become put me over the edge and I murdered him,” Mr. Gaylord told police. “It was an overreaction. I should have listened to the neighbor lady and got us into counseling, but no, I did the unthinkable and killed my best friend. I’m a terrible, terrible person and I need to be punished.”

Police said Gaylord was extremely intoxicated and threatened to kill police after they told him they could not give him the death penalty for his crime.

Police took Mr. Gaylord into custody and obtained a search warrant for his house where they found drug paraphernalia and a machine gun. Gaylord was booked on multiple charges. Bail has not been set.

4 Reasons Women Should Only Be Allowed To Wear Dresses

Florida Man Turns Himself In For Murdering Imaginary Friend