Monica Felzer, 35, crashed into the back of another car near State Road 7 Tuesday night. 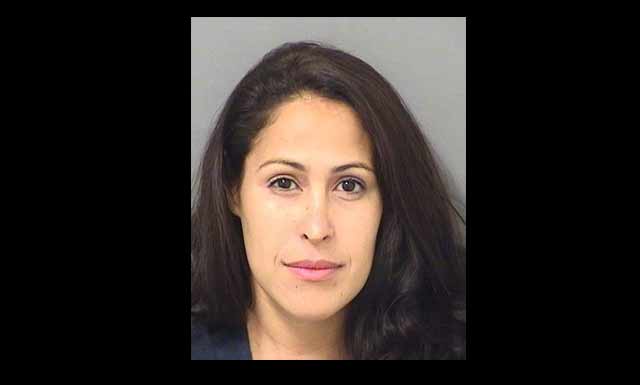 When Felzer stepped out of the driver’s side of the car as police instructed, she told police hadn’t been driving.

She told police she had “only had about six Jägerbombs at a bar” and that she was fine. She refused all roadside sobriety tests.

As deputies took her to the Blood Alcohol Testing center, she told them she would give them $1,000 to take her home and let her go, the report said.

While at the testing center, she told an officer, “I’m a witch and I’ll kill you with a death spell.”

After answering some questions, Felzer jumped on the ground and allegedly told deputies they would have to drag and beat her so she could claim police brutality.

She then got up to move out of the room and said “Beat me. I love it,” the report said.

Felzer refused a breath test and was escorted to a holding cell, which she complained was dirty and that the toilet looked unhygienic therefore she would not use it. She then urinated in her pants.

She also allegedly told the deputies that she was a billionaire and would have them fired and the police station shut down.