The Westboro Baptist Church just won’t stop making trouble, or being stupid. The controversial church purchased a small plot of land on the edge of Chesney Park in Topeka, Kansas and will erect a statue of their deceased founder, Fred Phelps. City leaders are helpless as there are no building codes or city ordinances banning “art” on private property. 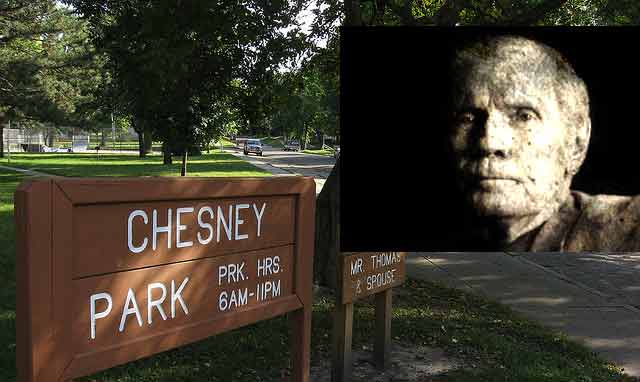 “Just like we couldn’t ban a little old lady from placing garden gnomes on he front yard, we can’t stop the Phelps’ people from putting up a sculpture or a statue, whatever the difference is, of Fred Phelps,” city councilmen Jim Smith said. “I hope people realize the city of Topeka does not condone this action. We’re disgusted this icon of hate is being memorialized in our city.”

The statue will stand just two inches from the park boundary effectively making it visually look like a part of the park.

The Westboro Baptist Church is infamous for their “God Hates Fags” signs and protesting companies who extend partner benefits. They even protest military funerals with “Thank God For Dead Soldiers” signs. Earlier this year the hate group planned to protest Robin Williams’ funeral.

People opposing the statue are asking for people to help get the word out and even encourage emailing and calling the The Westboro Baptist Church to protest the statue.

“The more people who read the story, the bigger the spotlight will grow, and hopefully somebody with some power will find a way to stop it,” said Susan Brown, a Topeka resident with the Stop The Statue Community Alliance.