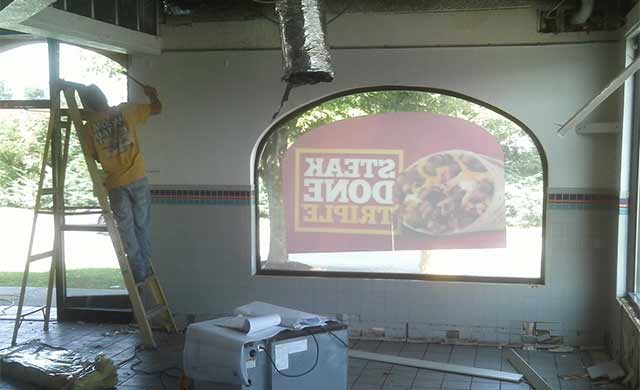 Above: Taco Bell being built inside Catholic church in Mexico City

“We’re very excited to announce this partnership,” Ike Broadman from Taco Bell said. “We like Mexico because we know Mexicans love Mexican food and almost all of them are Catholic, so it’s a bit of a slam dunk for us. We’re exited to bring Catholic Mexicans authentic and delicious Mexican food they can eat before and after service or whenever they want as part of the restaurant will be street facing.”

Priests will bless all Taco Bell menus items and the food will be marketed as holy.

“We hope it basically becomes Catholic food,” Broadman said. “That’s how we want customers to see it, at least. Taco Bell is the choice food of Mexican Catholics.”

The Church did not provide comment at press time.