Early Monday morning Buffalo police detained and released 72 homeless citizens for building an “apartment building” in a wooded area on the outskirts of the city. 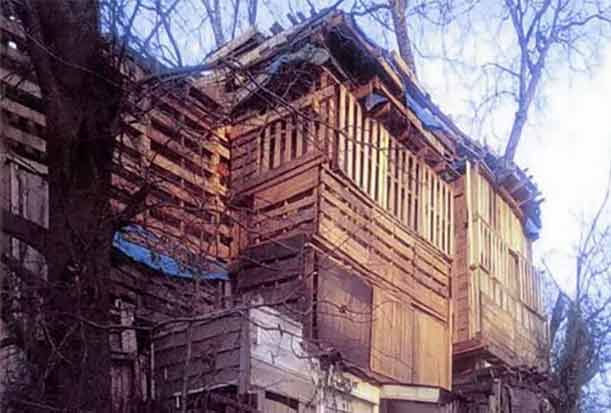 The structure in its current state of development would have housed 25 people. Full build-out, the “foreman” said, was expected to have housed 280.

“The structure was a fire hazard and built illegally on public lands,” Officer Mike Tanning said. “It was a danger to the community of Buffalo.”

Tanning added that he’d rather the homeless suffer on the streets than have any kind of shelter.

“The apartment building would likely have provided adequate shelter against the harsh Buffalo winters and further zapped theses leeches of any motivation to get jobs. You know, personally, and this might sound heartless, and in my position as a sworn public servant I shouldn’t say this, but many of these people are so far gone that I hope they just freeze and die this winter.”

The structure was torn down and the refuse burned.