The United States and China are in serious talks to build a 288 lane tunnel from San Francisco to Shanghai. 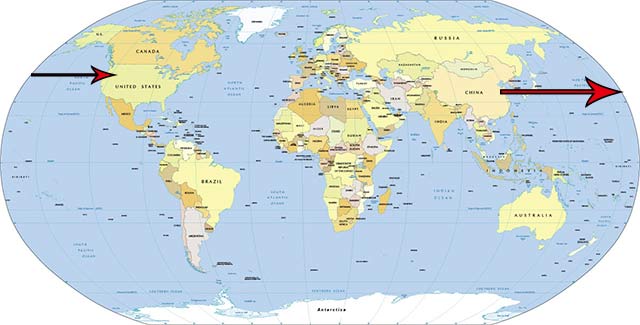 This will be the greatest engineering feat in the history of humankind taking eighteen years to construct and, if approved, opening spring of 2035.

“This is a great opportunity for China and United states,” Walt Yang, leader of the US/China International Commerce Tunnel Alliance, said. “While it’s more cost effective to use boats now, we expect rising oil costs, increased use of electric technology to make this economically feasible long-term. Our electric cargo trains will be much faster than ships and a little slower than planes, but the incredible carrying capacity of raw resources and goods will be far greater than all modes of transportation combined. People will get the products they need fast, plus they’ll get more of them.”

The whopping $13.8 trillion price tag will be split between China and the United States; however, current funding plans are murky. The U.S. has refused to comment on the proposal.

Yang said: “It’s going to have to come from the taxpayers. I think United States will need to raise taxes to 50% of personal income. There is no plan to raise corporate taxes as corporations will be paying for transportation costs once the tunnel is complete. Chinese government can fund its half.”

Dan Hawks, professor of sociology at Princeton said, “This is the most moronic idea I’ve ever heard. This is where capitalism is headed, more efficient depletion of natural resources and increased production at a steep cost to ordinary taxpayers. This money would be better served to set up a socialist form of government in the United States and fund socialized programs. Let all money be shared equally among the citizens. And socialism will limit how much people consume. Do people really need to be driving around in SUVs? No.”

With the new republican majority in the senate and likely a new republican president being elected in the next president election, the tunnel has a better than fair chance of being approved.

Wang briefly comment on environment concerns:  “This is a green, environmental project,” Wang said. “All our cargo trains will be electric and the electricity will be made from clean coal.”