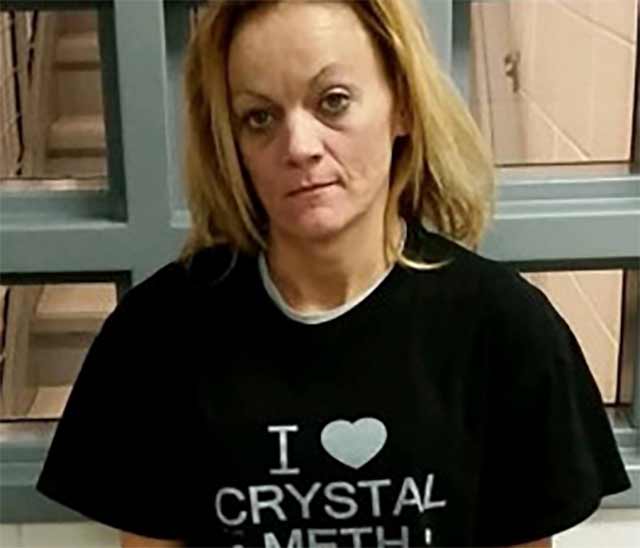 Deborah Delane Asher, 37, was arrested and charged with trafficking in a controlled substance, first degree and possession of methamphetamine.

The Laurel County Sheriff’s Department posted her mugshot on its Facebook page. In the photo, Asher is wearing a “I Heart Crystal Meth” shirt.

“The shirt was meant to be ironic,” Asher said. “I don’t really do crystal meth, nor do I love it. I just happened to have some in my possession. I didn’t plan to do it nor has I ever done it.”

Delane said the she carries varying amounts of crystal meth and wears the T-shirt as a joke to mess with her family and friends.

“They get all freaked out about it. They think I’m on meth. But it’s just a big practical joke. I don’t meth around, ever, period, exclamation mark.”