NBC New York reported that a 77-year-old man was pushing a shopping cart holding cans and bottles down a street when he was grabbed from behind in a ‘bear hug’ and thrown into a white van. 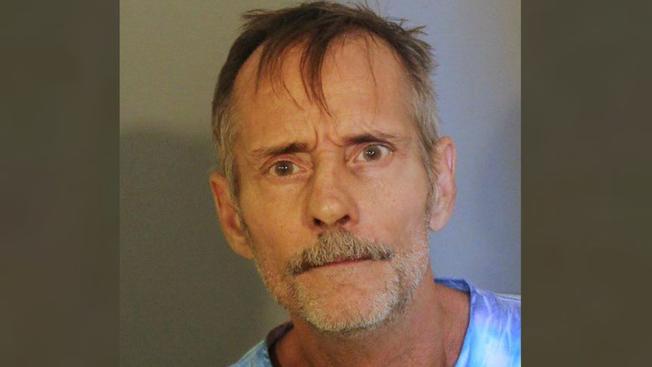 The kidnapper, David Pope, took the man to his house, tied him up at a dinner table, and made him eat enchiladas and drink a gallon of orange juice.

While there, the victim was bitten on the leg by Pope’s Staffordshire terrier.

Pope fed him tamales and tacos while the victim’s leg bled freely.

The victim told police he ate the food because he feared for his life.

“[Pope] said he had made all the food himself,” the victim said in a statement. “I thought it I refused to eat it, he would be insulted and kill me. He seemed very proud of the dishes he made. Said he had spent the last year teaching himself how to cook authentic Mexican food with the goal of getting a job at Taco Bell.”

Eventually, Pope asked the victim if he would walk to the store with him to pick up more salsa. The victim was able to escape on the way to the store and phoned police.

Pope said, simply: “I thought the man was homeless and wanted to feed him.”

Pope was charged with kidnapping, reckless endangerment, interfering with an officer and disorderly conduct.