Douglas Beckham, 52, is currently in the Oklahoma County Detention Center, facing two charges of assault with a deadly weapon, and one charge of domestic assault and battery with a dangerous weapon. 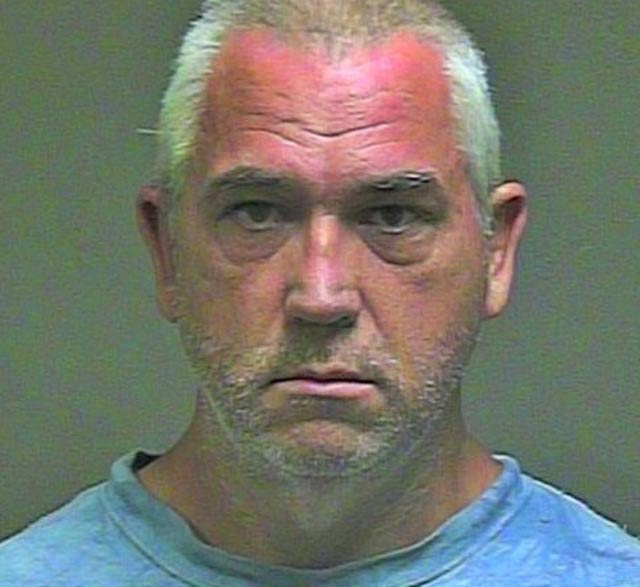 The woman being abused in the video was rescued by a group of men who were from out of town.

The video has only recently been released online. The incident actually took place on August 6th.

“When I first saw the video… I did not know the video was connected to Oklahoma or Oklahoma City,” said Capt. Paco Balderrama, with Oklahoma City Police. “I was very surprised, it`s very alarming, it`s a very sad video.”

The video opens with a woman screaming out, as a man beats her with what was later deemed a flashlight.

The woman in the video pleads with a group of men passing by to call the police for help.

“They were actually passing through on their way to El Paso, Texas,” explained Balderrama. “I mean luckily they were there.”

Douglas tells the guys in the video to stay out of it, a request they ignore, as they approach.

According to the police report, the domestic assault started when Douglas refused to buy his wife food at a Jack In The Box drive thru.

The man and wife are currently homeless, living out of two cars. They sleep in one and another is used for daily transportation.

After a heated exchanged with the good Samaritans, the man leaves with his wife stuck in the back of the pickup.

Next, the men helping, approach the suspect’s driver’s side door and a brief fight breaks out.

“We don’t advocate to the level that it went,” said Balderrama. “Call the police, let us handle it… once people are out of harms way, let the professionals handle it.”

Douglas later drives away, lurking nearby in the same parking lot, before squealing his tires and driving toward the group.

The man with the camera runs, jumps into the bed of the truck, and smashes the window before the suspect flees. Douglas was found the next day and arrested.

Police say the two counts of ‘assault with a deadly weapon’, are because Douglas drove his truck in a threatening way toward two witnesses.

The three counts carry a bond of $15-thousand, each.

Here is the video. Some parts of this video ARE GRAPHIC AND CONTAIN PROFANITY.