You don’t come across many off the wall crimes in Connecticut, but this right up there with something out of Florida.

Police reported that 34-year-old Michael Migani put his finger in his mouth and then stuck it into the ear of a 4-year-old boy, in front of the boy’s mother. 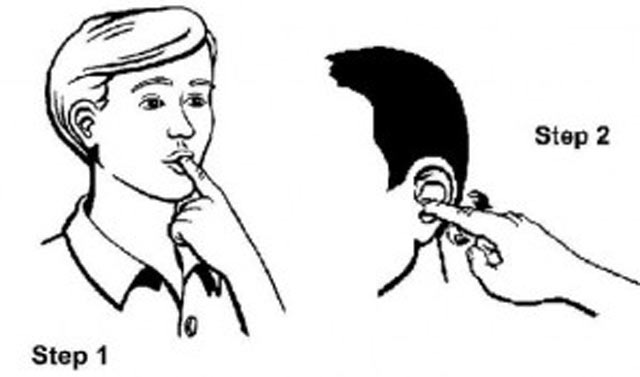 Above: Illustration showing how to administer a wet willy

Since then, the practice has been popular with schoolchildren the world over.

The incident happened in a doctor’s office in downtown Shelton. The mother shouted “this stranger just gave my son a wet willy!” while her son struggled to remove the saliva from his ear with the bottom edge of his shirt.

After staff called police, Migani fled the office on foot and was picked up by Shelton police several blocks away.

He told police that the wet willy wasn’t meant to harm the child, that “it was just a joke” and that he was “the wet willy master.”

He is expected to appear in court on Aug. 19.