In July, a Smith County judge sentenced Josten Bundy to get married to his 19-year-old girlfriend, Elizabeth Jaynes, as part of his probation, which also included writing Bible verses and getting counseling. 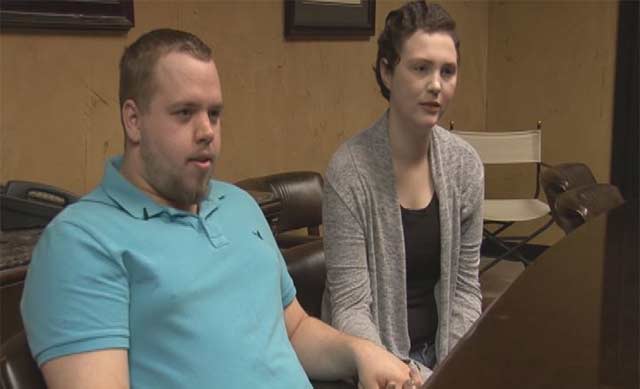 Above: Bundy and his girlfriend

Bundy found himself in trouble after an altercation between himself and his girlfriend’s ex-boyfriend.

“[The ex-boyfriend] had been saying disrespectful things about Elizabeth, so I challenged him to a fight,” said Bundy. “He stepped in and I felt like it was on and I popped him in the jaw twice.”

The ex-boyfriend did not require medical attention, but still filed assault charges.

“I took matters into my own hands and I know that’s wrong,” Bundy said. “I know I was raised better, but it happened, goshdangit.”

Ok, this is where the story gets weird…

At his sentencing hearing, Judge Randall Rogers asked Bundy about the fight.

“Is she worth it?” Judge Rogers asked Bundy, according to court transcripts.

“I said, well to be honest, sir, I was raised with four sisters and if any man was talking to a woman like that,” recalled Bundy, “I’d probably do the same thing.”

“What did he say to Elizabeth exactly?” the judge asked.

“He said she had small boobs and too small of a nose,” Bundy replied.

Judge Rogers asked Bundy if he was married to Jaynes and then said, “You know, as a part of my probation, you’re going to have to marry her… within 30 days.” 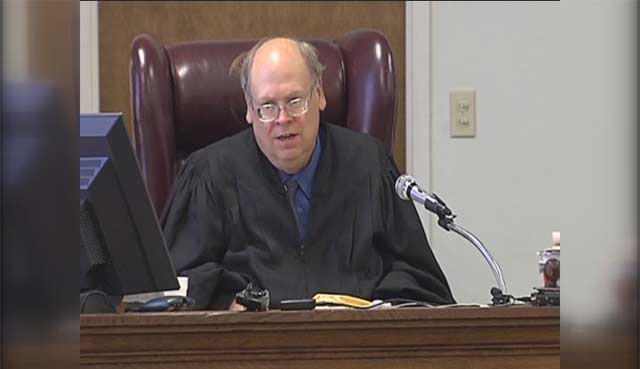 If Bundy declined to marry Jaynes, he would not get off on probation and would instead be required to spend 15 days in jail.

“He offered me fifteen days in jail and that would have been fine and I asked if I could call my job [to let them know],” said Bundy. “The judge told me ‘nope, that’s not how this works.’”

Afraid of losing his job by being jail for 15 days, Bundy applied for a marriage license and has scheduled a date to get married.

“It just felt like we weren’t going to be able to have the wedding we wanted,” said Jaynes. “It was just going to be kind of pieced together, I didn’t even have a white dress.”

The couple had long discussed getting married, but had wanted a big wedding, not a “shotgun wedding.”

Judge Rogers also required Bundy to write out hundreds of Bible versuses daily while he was also on probation and turn them into the probation officer.

“The bible versus mostly had to do with having good morals,” Bundy said. “I’m a Christian so it was fine to do, but I didn’t know a judge could make me do this.”

Florida Man Claims He Is The Devil... World Ending