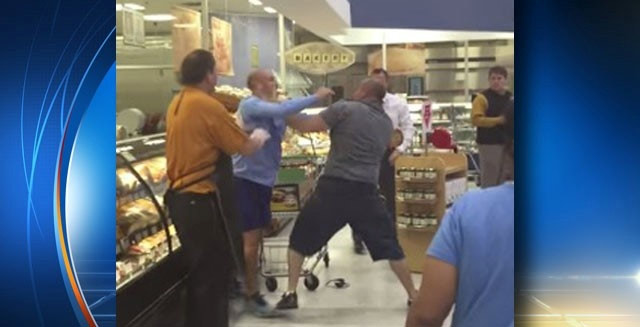 A fight between two Florida men broke in in the deli aisle of a Publix Monday night. A video catches the fight already in progress.

In the background a child cries.

A worker is heard saying, “Guys, come on.”

And then one of the men in the fight screams, “Are you out of your mind? That’s my pregnant wife, bro!”

Shoppers watching the video called it “uncomfortable” and said “It definitely spoils the shopping experience.”

“I think it’s horrible. I’d never expect it. Definitely with this type of neighborhood and being Publix,” said another shopper.

The cause of the fight is unknown. Publix workers were eventually able to break it up.